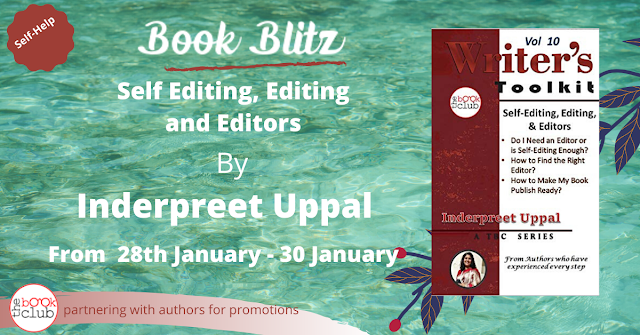 SELF-EDITING, EDITING & EDITORS by  Inderpreet Uppal BLURB Self-Editing, Editing, and Editors will help writers and authors demystify the nitty-gritty of editing. The Writer's Toolkit covers the basic steps needed to ensure that you have a well-edited book. Editing Simplified! Easy to follow, step-by-step instructions on : How to search for an editor, and how to negotiate and finalise the right editor? Do you need self-editing? How can self-editing help you? How to ensure that you have the best editor? Why does every writer need an editor? How to negotiate, find the right editor and have the best contract? How to ensure your work is safe and edited as per your needs? All your questions and doubts answered. The Writer's Toolkit is for Self-Editing, Editing, and Editors for a polished book and a calm author. Editing explained and why you need it. Grab your copy @ Amazon.com
Post a Comment
Read more

check out the schedule here THE CLOCKMAKER  by  PAROMITA GOSWAMI BLURB Can you change destiny? What if you can? Ashish, a passionate clockmaker is frustrated with his life - financial insecurity, his ongoing nightmares and his family, wife Lata and son Vicky, are driving him crazy. Lata is having a tough time in life with her arch-rival, Rashmi. Vicky wants to be a biker than rather join the family legacy of the clockmaker. He also has a crush on Kavya who is more interested in supporting her family than romancing around. Lately, Ashish starts hallucinating things. The black hooded man, who traumatizes him in the nightmares, warns him of dire consequences if he doesn’t return the timepiece that was given to Ashish by his father at his deathbed. Burdened with despair, Ashish wishes he could change his destiny and end all his miseries. By sheer chance, he discovers the power of the timepiece. Ashish was
1 comment
Read more 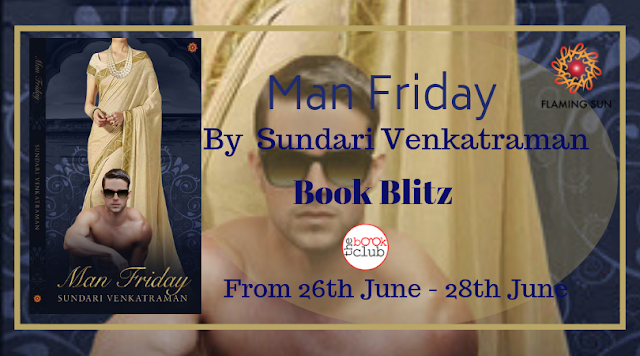 Print Length: 161 pages Publisher: Flaming Sun (Indie published)  Publication Date: May 24, 2019 Sold by: Amazon Digital Services LLC Language: English Available on Kindle Unlimited Genre: Romance Rituraj realises he’s in love with the Gaekwad princess, Sitara Devi. The timing is slightly wrong though. Just ten minutes ago Sitara Devi married Harishchandra Gajanan. All of seventeen and nursing a badly bruised heart, Rituraj takes up boxing, hoping to build his strength and heal his wounded soul. When destiny gives them a second chance, hope springs in his heart. Rituraj grabs the opportunity of becoming Sitara’s bodyguard-cum-assistant. He’s the only man in her life but he’s just her Man Friday. Since his father was merely an employee of Sitara’s father, will he even be considered as a prospective life partner for the Gaekwad princess?  Sitara, and Rituraj are crazily attracted to each other, yet they are unable to move f
1 comment
Read more

check out the schedule here Shiva Stone: Hampi's Hidden Treasure by  AJINKYA BHOITE BLURB Mithila is a senior archeologist on the Hampi site along with two other UNESCO scientists. They decide to open some secret vaults in the underground Shiva temple. Treasures and artifacts from the 18th century make the headlines but the Shiva Stone was kept a closely guarded secret.  When a RAW officer hires Mithila on a secret mission to safely transport an ISRO professor and the Shiva Stone to Bangalore, she knows something is up. Why is the stone called the Shiva Stone? Why are archeologists, UNESCO, ISRO, and RAW interested in a discovery at Hampi? Why is Mithila working for RAW? Is she the only agent on the mission?  Shiva Stone will take you on a thrilling adventure through the historical site of Hampi. Buy it now! Grab your copy @ Amazon.com  |   Amazon.in About the author
Post a Comment
Read more

Book Blitz: From An- Other Land by Tanushree Ghosh

check out the schedule here From An-Other Land by  Tanushree Ghosh BLURB Never has been the conversation on immigration more pertinent than now, post 2016 US elections. From cancellation of refugee protection and zero tolerance to undercurrent crackdown on H visas, the resurgence of nationalism is hitting the globalized population head-on.  But what is immigration today? A question of life or death - fleeing of persecution? A compulsion? Or a mere pursuance of privilege?  And what is the US today? A land of opportunities? Or a quagmire impossible to comprehend, inherently racist and selfish? From An-Other Land dives deep into immigration today for the Indian diaspora and its many facets with characters who seek to define themselves in an intercultural setting that is less and less sure of itself. A reality check and a guide for anyone who wants to understand the modern-day US. Grab your copy @ Amazon.com  |   Amaz
Post a Comment
Read more

Book Blitz: Dance With Me by P.G. VAN 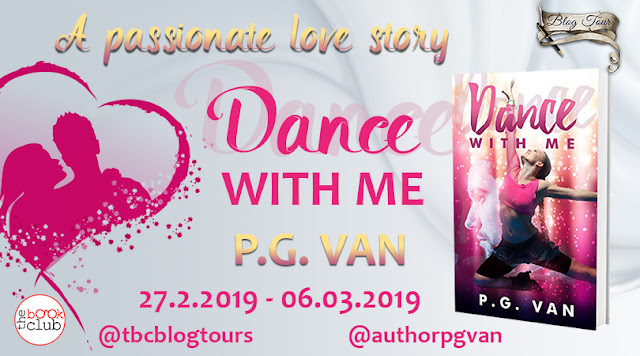 check out the schedule here Dance With Me  by  P.G Van BLURB When a video of Suhana dancing in her own home goes viral, the first thing she does is panic. Suhana got out of a loveless marriage and is trying to prove to her ex-husband that she can live her life without him or the money she got as part of the divorce. She had been a housewife all along, but now she is trying to rebuild her life. However, life throws her a wrench in the form of a viral video—a video that creates a sensation on the internet.  Samyan is her elderly neighbor’s son who is staying at his mother’s place while she is away, and Suhana keeps bumping into him wherever she goes. His very looks instigate new thoughts and sensations within her that she tries to ignore because of the man she thinks he is. But, when he helps her in the direst of situations, she finds out more about him and starts to feel a connection to him.  Dance with Me is a sweet, light-heart
Post a Comment
Read more
More posts 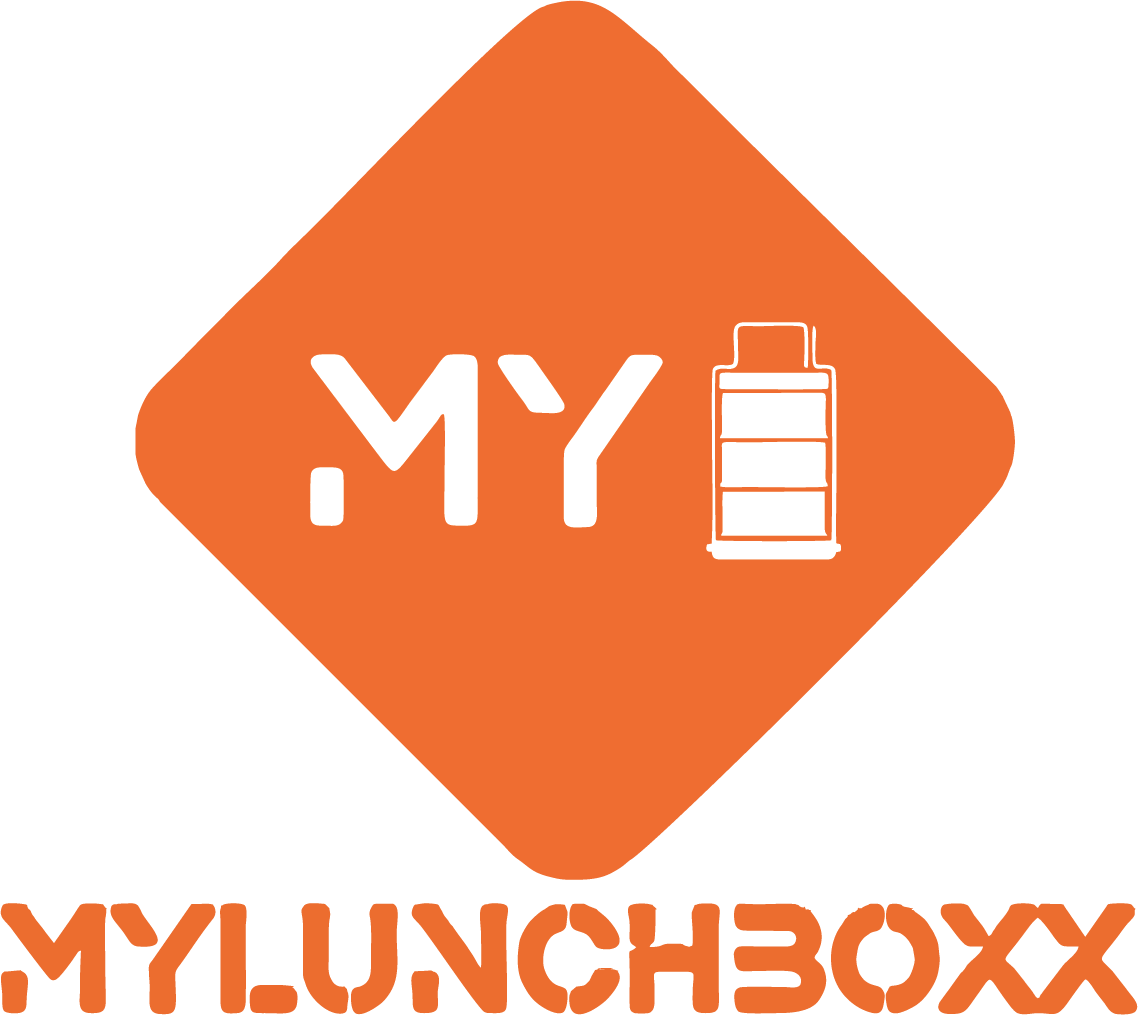